Good morning and happy Monday from New England! It’s been quite the eventful week on Civ and because of it, get your pants ready because this newsletter is only going to get longer and longer.

Just a note to Estalia and Rhode Island, just a suggestion for next time – can you start the war not on a Monday after I’ve posted the newsletter? These things get finalized at around 11pm on Sunday and so it does get a little frustrating sometimes when it’s not even “current” events after publishing. At least the Lambat Post is doing midweek editions to cut a little slack.

If you haven’t heard about every conflict this week yet, buckle up! Are you ready to overdose on current events? Today’s featured image is of Margaritaville, an island nation in the northeast quadrant hosting a relaxing beach vacation as well as venues for multiple activities and games. They welcome everyone free of charge, food stalls and shops, as well as lockers to prevent loss of items. Located near to CivMarket, the island hopes to be a fun retreat for everyone; contact MaybeGravy at Gravy#1650 for more information! The NATO-Mir War, often known as the Infinity War, was a long-term conflict on CivClassic primarily fought by the namesakes of the war, the NATO alliance and Mir. Both major parties of the war were large military and defensive blocs during CivClassic. Lasting from 2019 to mid-2020, the war is currently the longest on any Civ iteration; its long length gave way to its alternate name. The war has sometimes been regarded as a natural success of the Titan and Somber Wars, with many having military experience in those wars as well as being fought and ending in similar ways.

While the war started from skirmishes in and around Mount Augusta, the widespread scale of the war caused server population to decline. NATO-supported nations caused other conflicts across the server, such as the War of the Coalition and the Entente-Laconia War throughout late 2019 and early 2020. These forced many uninvolved nations in the UDF and Entente to join the war, and eventually help contribute to breaking multiple NATO vaults for over a week at the end of the war. (Full article…)

This week’s featured image is a render of Valyria City after the Siege of Columbia, a critical turning point in the NATO-Mir War which essentially stopped fullscale NATO operations on the Civ server. 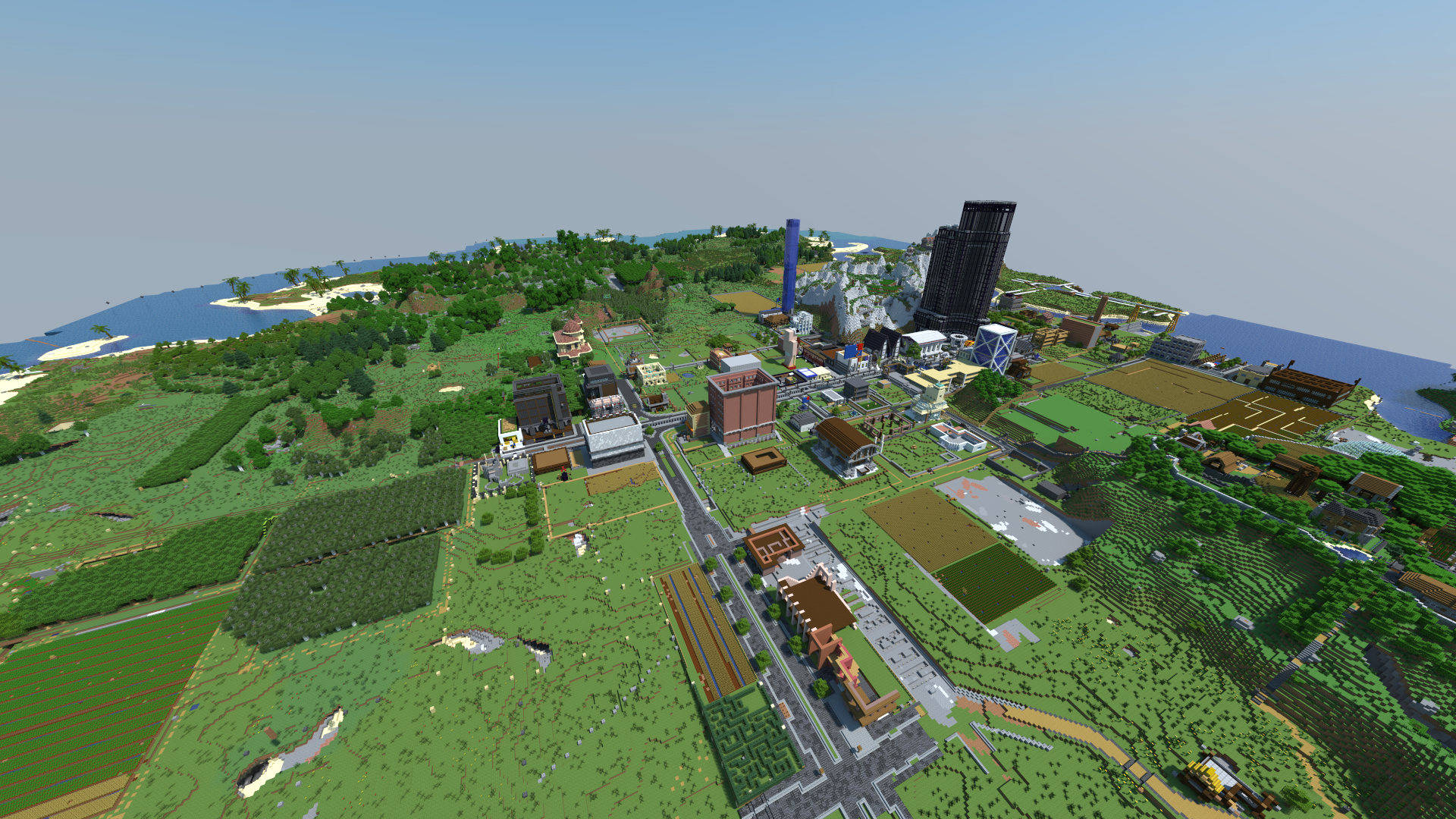 This section’s header is an overhead render of Mount Augusta created by TheJmqn, clearly seeing the Foogle Corp building in the background along with a few new skyscrapers.

There’s over 90 subreddit posts since last week, let alone Discord news. This is going to be pretty long.

Don’t Call It a War Yet

Thanks to the Pavian Tribune, Lambat Post and Daily Nut for reporting that helped summarize these events. 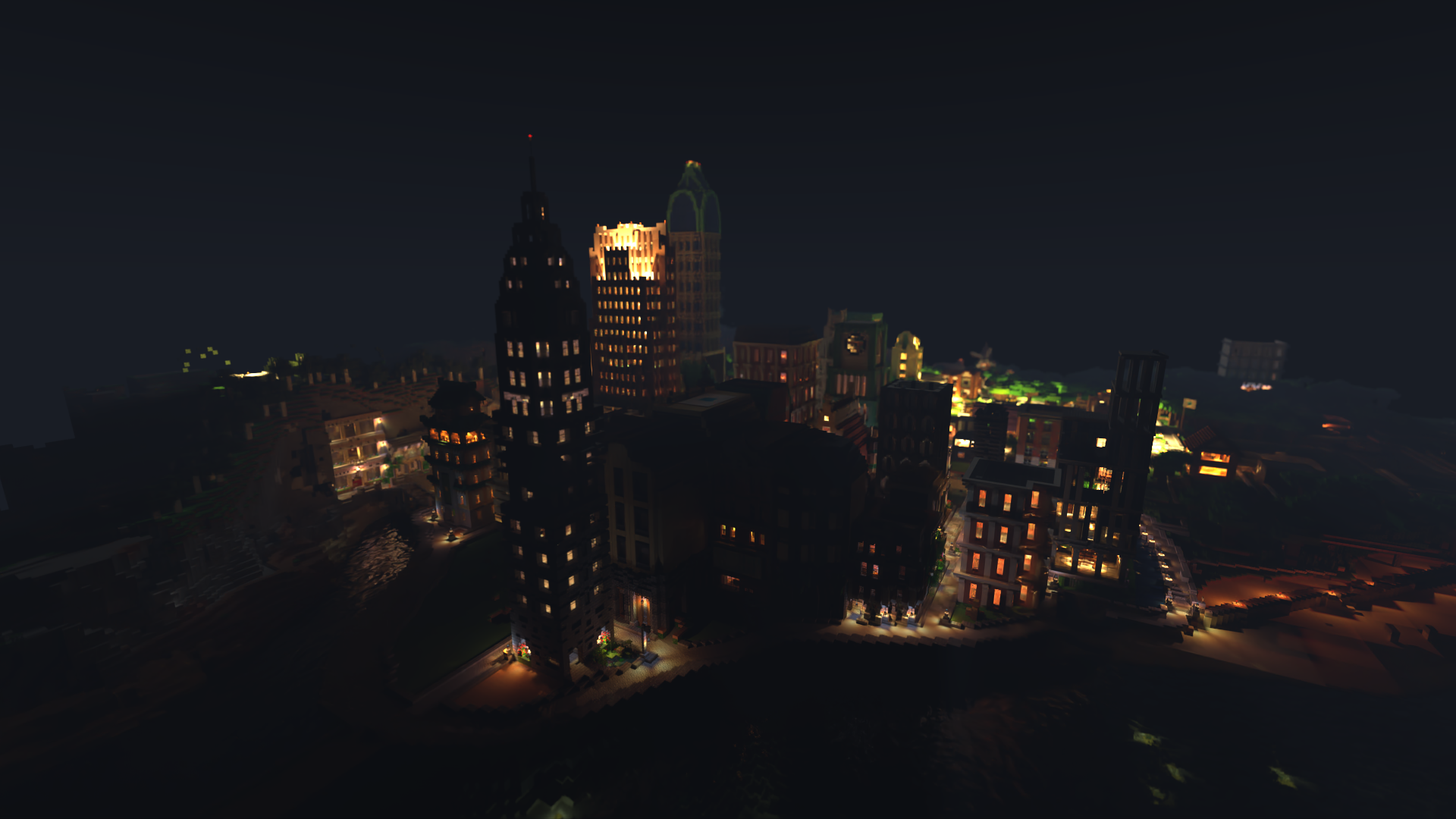 This subsection’s header is a nighttime render of Icenia’s city center, with Art Deco style skyscrapers including Enron Tower, the train station, and Titan Tower all present in the picture.

This section’s header image is an ingame screenshot of Portucale’s waterfront (again?!) in Lusitania, now housing a brewery and many different houses along the shore. This section’s header picture is of a Civball representation of Pavia, created by banyough.

Thanks for reading this week’s Monday Newsletter! If you made it through, I commend you because this week’s newsletter took a lot of work.

If you want to see your own content in this newsletter, reach out to me (specificlanguage#2891), or take a look at this form! I’ll read anything and try to incorporate it into the newsletter if I can. We accept featured articles, current events, ads, interviews, opinion posts, joke posts, serious posts, shit posts, etc.

This week was especially hard since there was a lot of news-related things that weren’t exactly laid out easily on the subreddit, or other news around different discords. If anybody wants to help contribute, then please do! It makes the newsletter more lively and shows that the server isn’t just at face value on the subreddit.

Additionally, another way to help out is to document your country’s history on CivWiki! For a limited timeTM, we are offering a special CivTCG card for those who edit or create quality articles on CivWiki. We’ll reach out on how to obtain these prizes soon for those who qualify sometime in the future.

Thanks for reading, and as always,

Written on August 1st , 2022 by specificlanguage